Redskins Stuff the Packers; Peterson Rumbles On; Defense May Be Elite 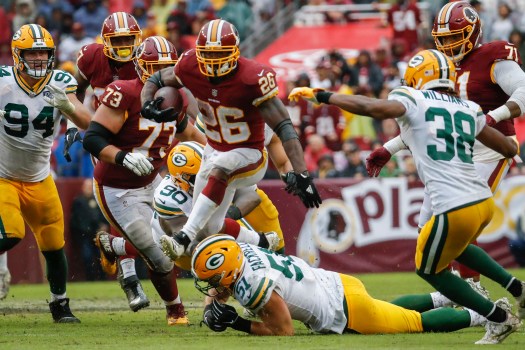 No one expected this, the Redskins dominated the Packers from start to finish. That is now twice the Redskins have dominated an opponent when even we didn't expect it. FP, LP, Stevie, Joe, and Razzle are on the pod with game analysis and a full recap. The Redskins are sitting in a good spot at 2-1 heading into the early bye week which is usually a terrible thing. Jon Allen, Da'ron Payne and the rest of the defensive line deserve gameballs for a great effort, and Jay Gruden out coached Mike McCarthy offensively... no way anyone saw that coming! Hail to the Redskins, Hail Victory! #HTTR